The best place to live a day, a week or a lifetime!

From the Airport to Cascais:
How to get to Cascais from Lisbon Airport? Very easy, simple and cheap. Major airlines (and low cost airlines) fly to Lisbon from most European cities.

From Lisbon to Cascais there are several ways to get there.

You can rent a car (30m from Cascais) by public transport or we recommend the METRO www.metrolisboa.pt to Cais do Sodré (20m) and then the train www.cp.pt to Cascais (30m).

If you come by bus the journey takes about 30m.

Bring your VOX and POP in the experience. Become part and lead the community of Vox±Poppers.

Each person is Unique and you are the X that can impact the People around you. Our symbol X±P.

Each one us has a VOX that wants to be heard, everyone needs a community with a sense of belonging. Be the change you would like to see in the world.

Create a voX±Pop in YOUR Country

Do you like the vox±Pop concept and you feel inspired to do in your hometown? Just send an email to info@voxlaci.com and schedule a videocall.

(info about program in planning process) 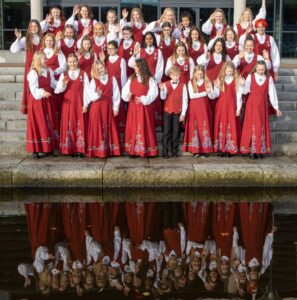 Myguel Santos e Castro has a degree in Management and Public Administration.

He began his musical studies at the age of 7 in piano, acoustic guitar and music theory.

At the age of 17 he began teaching music in schools, recorder, music theory and history, piano, electric and acoustic guitar and percussion.

He studied Choral Conducting at the Academia de Amadores de Música de Lisboa Academia, participated in workshops and masterclasses in Choral Conducting / Orchestra / Vocal Technique, inside and outside the country (Germany, Spain, Netherlands, Sweden) with the most influential conductors today. . Under his Artistic Direction he has developed an intense and passionate work in different events and workshops in Portugal.

His choral work has taken him to many countries around the world (France, Mexico, Japan, USA, Estonia) and he has developed many projects with radio, television and cinema.

He is often invited to lectures/classes at schools and universities.

Founder of the VOX LACI project